The War on Christmas: Take Two 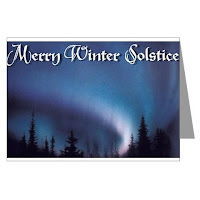 Dr. James McGrath is a prolific, and frequently brilliant, blogger. Last Sunday, in a post titled "Christmas: The Christian War on Solstice," he wrote:


Today in my Sunday school class I decided to turn our attention to seasonal matters. Soon, the topic of being wished "Happy Holidays" as opposed to "Merry Christmas" came up. And so I took that opportunity to talk about what I consider one of the great Christmas miracles: the fact that long ago Christians managed to "hijack" the already-existing solstice festival, and turn it into a Christian celebration so thoroughly and so effectively that, more than a millennium and a half later, cultural Christians can complain about the "hijacking" or "secularization" of Christmas without any sense of irony.

Meanwhile, over at the Huffington Post, Father James Martin has an article titled, "The War on Christmas is Over...And Christmas Lost." Father Martin advises:

So what's a Christian to do?

For one thing, surrender. Stop fighting. Enough with the embarrassing and endless "War on Christmas." It's embarrassing because we've lost. It's a waste of time because corporations have more financial firepower than churches, and the consumerism will only to get worse. Get ready for Santa to show up around Labor Day. (You laugh now; you won't in a few years.) Can't fight City Hall? Much less can you fight Madison Avenue -- which has more money than City Hall. Give it up.

Capitulate Christmas? Read the rest of his article here.