A Nod To Ekklesia


DON’T GIVE MARGARITAS TO PIGS 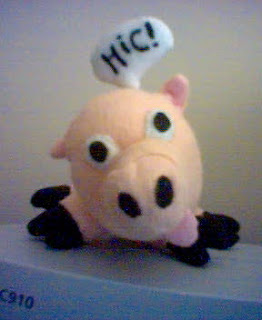 “I like your nod Εκκλεσια [sic] there at the end!”

While the comment is perfectly transparent to me, I’m sure that most of my readers will find it impossibly cryptic. Allow me to clarify.
Eκκλησία (which I will hereafter transliterate into English as “Ekklesia”) is a Greek New Testament reading group which meets weekly at Augustana College, Rock Island during the school year. The group is comprised of instructors from the Classics and Religion departments, students, clergy and various other members of the community. The group is interdisciplinary and interdenominational. Through the years, the membership has included inerrantists and agnostics and people in the middle, like me.
We have read the Johannine literature, the book of Philippians, the Q parallels from Mathew and Luke, and most recently, in a departure from the New Testament, the early Christian book called the Didache. In the fall, we plan to begin reading the Acts of the Apostles.
Our procedure is this: We take turns reading a sentence or so from the text in Greek. The reader then translates the sentence. Next we discuss it, paying attention to grammar, textual variants, and, of course, the meaning of the text. Some members of the group do not read Greek, but come for the discussions.
The group is neither as dull nor as disputatious as you might imagine. In fact, we laugh a lot. The subtitle of this post is a pun that Ekklesia has chuckled over. The Greek word μαργαρίτας (which is transliterated “margaritas”) means “pearls.” The word is found in Matthew 7:6, where Jesus says, “do not throw your pearls before swine.” I like to translate it as “Don’t give margaritas to pigs.”
Okay. Reading that over I realize that it is Greek nerd humor. What can I say? It makes me laugh.
Ekklesia has come to be an important part of my life. So much so that I drive 140 miles round trip each week to attend.
Last year, one of the students, a politically conservative non-Greek reader from an inerrantist tradition, had other obligations that kept her from attending for a school term. When she came back, she told me that she had missed the group. She said, “I really didn’t do anything spiritual last term.” I would not have expected her to use the word “spiritual” to describe Ekklesia, but it is spiritual.
The word “Ekklesia” means something like “assembly.” It is usually translated into English as “church.” My friend the Classicist has his own blog called Penned House, in which he discusses another of our common interests, pens and inks. Read it here. I borrowed the picture of the drunk pig from Linzi at deviantart.com. To see it in its original context, click here.
Posted by Brant Clements at 3:20 PM