THE YEAR OF BLOGGING BIBLICALLY: DAY 245 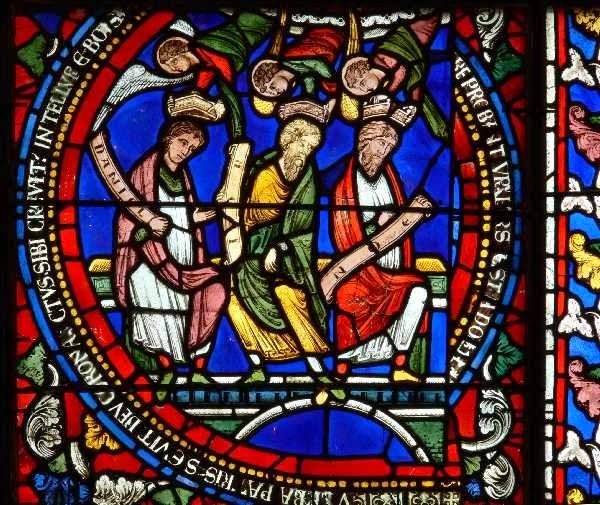 Ezekiel 13 is an oracle against false prophets, male and female, who speak their own words and not the words of YHWH. The male prophets build a metaphorical flimsy wall, covered with whitewash which will be destroyed by a metaphorical storm of YHWH's very real anger. The female prophets practice some kind of magical divination involving wristbands and veils.


The book of Ezekiel gives us some hints as to what life was like for the Judahites living in exile in Babylon. They apparently had a community with elders as their recognized leaders. At least some of them had private dwellings. The elders of Israel visited Ezekiel in his home in chapter 8. They come for another visit in chapter 14. They seem to want to consult YHWH through the prophet. YHWH is not interested in talking to them, however, as they have "set up idols in their hearts." Verses 1-11 take up the theme of false prophets once again. YHWH says that he intentionally deceives the false prophets so that they will be destroyed. This is not the first time we've seen YHWH behave deceitfully toward his enemies (see, for example, 1 Kings 22:22).

Verses 12-20 discuss, hypothetically, what would happen if YHWH sent famine, or wild beasts, or the sword, or a plague against a nation. Not even the intercessions of Daniel, Noah, and Job, three exemplars of righteousness, sould save that nation. Verses 21-23 make it clear that this isn't hypothetical after all. YHWH is sending famine, wild beasts, the sword, and plagues against Jerusalem.

My more academic sources say that Ezekiel's references to "Daniel" probably mean Danel (with variant spellings), a king of Ugarit renowned for his righteousness. The biblical book of Daniel, which may owe something to the Ugaritic Danel, is set in the time of the Babylonian exile, but was written at a much later date. Even the rather"conservative" NIV Study Bible, which would date the composition of the book of Daniel to the Babylonian period, recognizes that "the Biblical Daniel's righteousness probably had not become proverbial so soon." Only my most "conservative" study Bibles, the Apologetics Study Bible and Concordia's The Lutheran Study Bible, defend the idea that Ezekiel is refering to the biblical Daniel.

Chapter 15 is a short parable comparing the people of Jerusalem to a vine the wood of which is only valuable for burning.


The picture of Noah, Job, and Daniel is from a window in Canterbury Cathedral. The scare quotes around "conservative" reflect the fact that a doctrine of biblical inerrancy does not actually conserve a traditional reading of Scripture.
Posted by Brant Clements at 3:07 PM