THE YEAR OF BLOGGING BIBLICALLY: DAY 130

The Chronicler doesn't tell us everything. Sometimes he seems to expect us to know the backstory to his narrative. 2 Chronicles 28:4 is an example of this. David says:

"Yet the LORD God of Israel chose me from all my ancestral house to be king over Israel forever; for he chose Judah as leader, and in the house of Judah my father's house, and among my father's sons he took delight in making me king over all Israel."


The story of YHWH choosing David is not narrated in the books of Chronicles. There is an account in 1 Samuel 16 though it only tells how David is chosen from among his siblings, not how the house of Judah was chosen, then Jesse's house. It doesn't seem likely that the Chronicler had that story in mind.

In 2 Chronicles 28 David makes a farewell speech to "all Israel." Essentially he hands the kingdom over to Solomon, whom he refers to as God's "chosen." This description of Solomon is only found in Chronicles.

The description of the temple vessels in this chapter provides continuity from the first (i.e. Solomon's) temple which was destroyed by the Babylonians, and the second temple which was built in the Chronicler's time.

The language used to describe the temple in this section is reminiscent of both the description of the Tabernacle in Exodus 25 and Ezekiel's vision of the temple in Ezekiel 40-48.

In chapter 29 all Israel (the Chronicler loves "all Israel") give gifts to supplement the materials that David has laid aside for the construction of the temple. There are echoes of Exodus 25 and 35 in this passage.

David offers a prayer that compares humankind's mortal limitations with YHWH's eternal sovereignty. The prayer ends with a doxology (vv. 11-12) like the one that was later appended to the Lord's Prayer.

Solomon is anointed king. The text says that this is the second time he was anointed, the first being 1 Chronicles 23:1. A note in the Harper Collins Study Bible suggests that this is an insertion made by a later editor who did not recognize 23:1 as a heading for all that followed.

Of course 1 Chronicles doesn't really end. It continues into 2 Chronicles as a single narrative. Just like 1-2 Samuel and 1-2 Kings, the books of 1-2 Chronicles were originally one book.

In 2 Chronicles 1 we have an alternative account of Solomon's prayer for wisdom at Gibeon. The differences from the account in 1 Kings 3 are mostly minor. It is interesting to note that in 1 Kings 3:4 Solomon goes to Gibeon alone. Here he takes "all Israel" along and leads them in worship. Solomon prays for wisdom. His request is granted. Perhaps as a result, he accumulates many horses and great wealth. 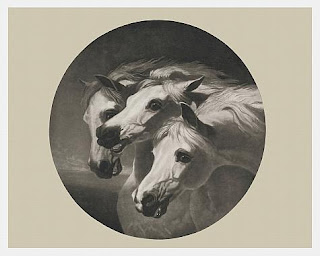