THE YEAR OF BLOGGING BIBLICALLY: DAY 187 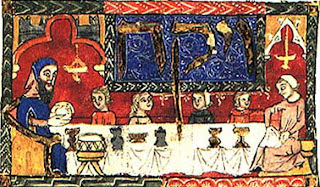 Today we finish up the Hallel (praise) Psalms (Psalms 113-118) that are read as a part of the liturgy for the Jewish Passover Seder.

Psalm 115 declares that YHWH, the God of Israel, is the one true God. The gods of other nations are mere idols. The typical Israelite rhetoric of this psalm probably misrepresents the way that the Gentiles regarded the figures of their gods. I suspect that such polemical language was intended not only to dissuade Israel from worshiping other gods, but also to discourage the Israelites from making images of YHWH. Verses 16-17 reflect the typical biblical three-tiered cosmology. The universe is divided into the heavens, the abode of God, the earth, the realm of the living, and the underworld, the place of the dead. The christological hymn in Philippians 2:5 ff. follows the same pattern.

Psalm 116 is a prayer of thanksgiving for recovery from illness. Verse 13 speaks of the "cup of salvation," which was probably a libation offering. Christians of a sacramental bent love the image for its eucharistic resonance. In verse 14 the psalmist promises to "repay [his] vows" in return for the gift of healing. Verse 16 is a model of devotion:

I am your servant,
The child of your handmaiden.


A scant two verses in length, Psalm 117 is the shortest psalm. (Psalm 119 is the longest). It strikes a note of universalism, calling all nations to join in Israel's praise of YHWH.

Psalm 118 begins and ends with the same words.

Give thanks to YHWH for he is good.
His steadfast love endures forever. (vv. 1 and 29)


It appears to be a liturgy. Verses 2 and 3 invite Israel, the priests, and all who fear YHWH (including Gentiles?) to repeat


Verse 3-18 are spoken in the first person by an individual voice. They comprise a thanksgiving for deliverance from enemies. Verses 19-25 speak of entrance at the "gates." Are these the gates of Jerusalem? The gates of the temple? The hymn "Open Now Thy Gates of Beauty" is, I believe, based on this psalm. (I can't read the psalms without hearing music).

The stone that the builders rejected
has become the chief cornerstone.


I am only stating the obvious when I say that this image was important to the early Christian movement.

Verse 26 is quoted in the Gospel accounts of Jesus' "triumphal entry" (Matthew 23:39. Mark11:9, Luke 19:38, John 12:13) into Jerusalem, celebrated on Palm Sunday. It also features in the Sanctus which is sung after the Proper Preface in the Communion liturgy.


Blessed is the one who comes in the name of YHWH. 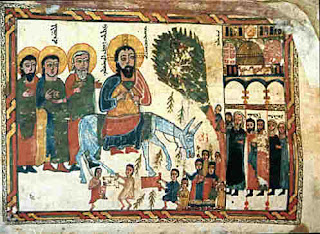