THE YEAR OF BLOGGING BIBLICALLY: DAY 192

If I have been citing the New Interpreter's Study Bible (NISB) a lot lately, it is because it is my newest study Bible. I have enjoyed using it and getting know its apparatus.

The NISB has a note on Psalm 140 that intrigues me. It says:

An individual prays for protection and deliverance from an enemy. Once again, the {New Revised Standard Version] uses the plural to refer to the enemy throughout, in order to make the language gender inclusive.


In a post from last year, I discussed some of the issues involved in translating gender language. Pluralizing nouns is one way to avoid gender language. In this case, however, it gives a false impression. It makes it seem as if the psalmist has multiple enemies. I decided to see how other translations dealt with the issue.

Here is verse 1 in the NRSV:

Deliver me, O Lord, from evildoers;
protect me from those who are violent...


Next, the same verse from the New International Version (NIV), which has been roundly criticized in some circles for its gender inclusive language:

Rescue me, LORD, from evildoers;
protect me from the violent...


So the NRSV and the NIV deal with the gender issue the same way. They pluralize sex out of existence.

The English Standard Version (ESV), which claims to use "gender correct" language, has been widely adopted by some of the NIV's critics. Here's the ESV's rendering:

preserve me from violent men...

The venerable (if not hoary) King James Version (KJV), made before gender language was an issue, managed to preserve the singular form for the enemy:

Deliver me, O Lord, from the evil man:
preserve me from the violent man...

But in the very next verse, the dear old KJV does something else odd. It uses the singular they:

Which imagine mischiefs in their heart...

I suspect that the KJV's singular "they" translates the Hebrew accurately. I don't read Hebrew but the Greek of the Septuagint also uses a plural pronoun ("they") and a singular noun ("heart") in verse 2.

Enough of Psalm 140. Psalm 141:1-4, 8 is sung at Vespers (Evening Prayer), I suspect because of its references to a) incense (which can be used at Vespers), and b) the "evening sacrifice" (v. 2). This psalm "of David" basically asks YHWH to keep the psalmist in good company.

Psalm 142 is the prayer of one persecuted by enemies.

Psalm 143 is the last of the seven "Pentitential Psalms."  It, too, asks for protection from enemies.

The themes of Psalm 144 are familiar from other psalms: God is strong; Human life is fleeting; YHWH's power is demonstrated in nature; Rescue us from enemies; Sing a new song; Children and cattle are blessings.

Maybe I'm getting a little weary of the psalms. Fortunately there are only a few left.

Psalm 145 praises God for his greatness and for his concern for the poor. It repeats that theme that plays throughout the Hebrew scriptures:

The Lord is gracious and merciful,
slow to anger and abounding in steadfast love (verse 8).


I never get tired of that. 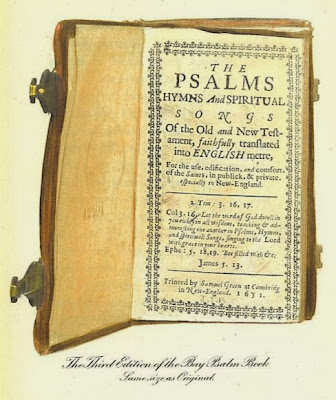