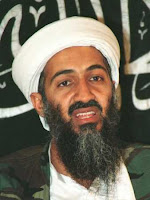 What we believe about God bears fruit in the way we live our lives and how we treat other people. Take as an extreme example Osama bin Laden and Mother Teresa. Both were passionate believers. They had radically different visions of what God is like. Each lived and acted in ways consistent with their vision of God. 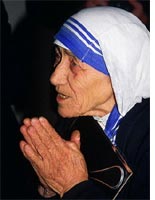 I know that there is something of a chicken-and-egg question here. It might be appropriate to ask whether one’s idea of God is shaped by one’s personality. Do our actions and our theologies arise from a common source? I have no way to answer that. I think it is enough, for now, to recognize that our vision of God generally accords with the way we live and behave. Theology has consequences.
I have read other blogs dealing with Harold Camping’s failed prediction that the “Rapture” would occur on May 21, a date that he has now revised to October 21, 2011. Comments on those blogs sometimes warn against lumping all Rapture believers together with Mr. Camping. Fair enough. Harold Camping has his own kind of kookiness. Most rapture believers distance themselves from his eccentric, numerological interpretations of the Bible. Most rapture believers object to setting a specific date for the Rapture or the end of the ages.  Most rapture believers take Jesus at his word, “no one knows the hour or the day.”
So, let me be clear that I disagree not only with Harold Camping, but with the doctrine of the Rapture in general.
I hesitate to call belief in the Rapture “unbiblical” for two reasons. First, “unbiblical” is not a helpful term. Second, the doctrine of the Rapture is derived (or at least proof-texted) from the Bible. Perhaps it is best to say that the doctrine of the Rapture is not what the writers of Scripture intended, nor is it what their original audience understood. The Rapture is a thoroughly modern doctrine with its origins somewhere around the year 1800 C.E.
My main objection to the doctrine of the Rapture, however, is the fruit that it bears. A few days ago I mentioned A Thief in the Night, a cheesy old Rapture movie from 1972, to a friend. She said, “That movie scared the heck out of me.” The doctrine of the Rapture frightens people. I do not think that a spirituality based in fear is healthy.
The doctrine of the Rapture also leads to divisiveness and triumphalism.   It creates a “we’re going to heaven and you’re not” mentality.
Because the doctrine of the Rapture places all of a believer’s hope in the next life, it leads to a disregard for this life. It paints the world--which God made and which God loves--as an evil place to be escaped. It creates disdain for God’s good creation.
If you have not seen it yet, Kyle Roberts and Adam Rao have an excellent piece in the Washington post about the consequences of Rapture theology. Read it here.
Posted by Brant Clements at 9:52 PM