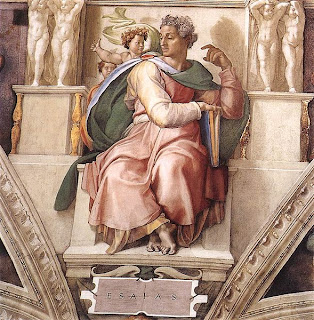 Some people read the Bible as if it were one thing: a single book by one Author expressing a single point of view in one voice, God’s. Frankly, I don’t get it. Even a cursory glance between the covers of a Bible is enough to see that it is not a single book. The Bible is a collection of books written by a number of different people.
A slightly deeper look reveals that the Bible does not speak in a single voice. There are some portions that claim to be the direct words of God; “Thus says the Lord,” is a favorite expression of the Hebrew prophets. Other parts of the Bible tell stories about God and humans: stories in which God is a character. Still other parts of the Bible are clearly human words directed toward God; think of the many prayers in the book of Psalms.
Digging deeper still, we find that the biblical writers sometimes had different views of God. Their views are not always easy to reconcile. I don’t think that they were ever meant to be reconciled.
I have quoted Marcus Borg’s distinction between the “Word (singular) of God” and the “words (plural) of God” before. I think it is useful. The Bible, as the word of God, reveals God to us. Only portions of Scripture purport to be the direct words of God.
At my pastor’s text study this week, we discussed Isaiah 56:4–7.

“For thus says the Lord:
To the eunuchs who keep my sabbaths,
who choose the things that please me
and hold fast my covenant,
I will give, in my house and within my walls,
a monument and a name
better than sons and daughters;
I will give them an everlasting name
that shall not be cut off.
And the foreigners who join
themselves to the Lord,
to minister to him,
to love the name of the Lord,
and to be his servants,
all who keep the sabbath, and do not profane it,
and hold fast my covenant—
these I will bring to my holy mountain,
and make them joyful in my house of prayer;
their burnt offerings and their sacrifices
will be accepted on my altar;
for my house shall be called a house of prayer for all peoples.”

Isaiah is saying that eunuchs and foreigners, people excluded by the Law of Moses, will be welcome to worship in the Lord’s temple. Isaiah has an expansive, inclusive vision of God and of God’s people.
Scholars tell us that this passage from Isaiah was written after the people of Judah had returned from their exile in Babylon. This was the time when the city of Jerusalem and the temple of the Lord were being rebuilt. It was also the time that the priest Ezra was promoting a vision very different from Isaiah’s.
Ezra had a narrow, exclusivist vision of a pure nation. In the fourth chapter of the book of Ezra, we are told that the Samaritans were not allowed to help the returned exiles in the work of rebuilding the temple. In chapter 10, Ezra orders the men of Judah who had married foreign women to send their wives and children away.
Isaiah’s inclusivity and Ezra’s exclusivity are both biblical.
It is interesting to me that these two visions, one inclusive and one exclusive, still play out among God’s people. As an example, my own Evangelical Lutheran Church in America has been shaken by controversies concerning the ordination of partnered homosexuals. The inclusivists sing “all are welcome, all are welcome” while the exlcusivists denounce partnered homosexuals as immoral and unworthy to serve in the ministry of Word and Sacrament.
Both sides can claim biblical warrant to justify their position.
I suppose that the question we must ask is, “Who’s right?” Who has the correct understanding of God’s word (singular) and God’s will? Is God an inclusivist or an exclusivist?
In the end, I suspect that our answers will tell us more about ourselves than about God.
Isaiah 56:4-7 was quoted from the New Revised Standard Version. Wiki was the source of the picture of Isaiah from Michaelangelo's Sistine Chapel ceiling.
Posted by Brant Clements at 6:59 PM