NOW THAT I AM AN ADULT, I HAVE PUT AWAY CHILDISH THINGS 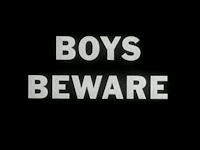 When I was a child I was taught that homosexuals were perverts, predators and pedophiles. Back when I spoke and thought and reasoned like a child, I was taught the old stereotypes: Gay men were lisping, mincing and effeminate. Lesbians were masculine and butch. In other words, when I was young, I was taught the standard myths and misconceptions that were current in the heteronormative culture of the time.

Now I know better. Now I have had the experience of knowing homosexual men and lesbian women.

"I have been told recently, that there is a relation between homosexuality and pedophilia. That is true," said Bertone. "That is the problem."

Cardinal Bertone should know better. Homosexuality and pedophilia are not the same. In fact, the majority of pedophiles self-identify as heterosexuals. Click here to read a good article on the subject.

The social, behavioral and biological sciences now tell us that same-sex attraction is a variation of sexuality that occurs normally among a minority of human beings. Homosexuals are not perverts. Their sexuality is a not a choice. Homosexuality is not a sickness. Homosexuals do not recruit. The old myths are just myths.

The Evangelical Lutheran Church in America has been charged with "cultural conformity" because it has voted to roster pastors living in "publicly accountable, life-long, monogamous" same-sex relationships. In previous posts, I have argued that those charging the ELCA with cultural conformity have made their own compromises with culture, and that the relationship between church and culture is not so one-sided as the critics suggest.


Illustrating this post is the title slide from Boys Beware, a 1961 "educational film" produced by Sid Davis. This film, which can be viewed in its 10 minute entirety here, promulgated many of the specious myths and stereotypes once believed about homosexuality.

Wow! The word "heteronormative" is in Blogger's spell checker!

Posted by Brant Clements at 2:59 PM