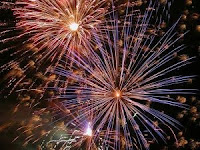 When a congregation chooses to leave the Evangelical Lutheran Church in America, sometimes a minority of the congregation wishes to remain faithful to the ELCA. In these cases, sometimes, the synod forms a Synodically Authorized Worshiping Community (SAWC). The SAWC concept, as I understand it, grew out of the ELCA mission strategy adopted by our Churchwide Assembly in 2003. A SAWC may be a precursor to a new congregation.

In the comments to my previous post, Kelly gave a link to the website for Peace Lutheran, the SAWC being formed for the remnant of her congregation that remains faithful to the ELCA. It's a great website and an exciting new ministry. I did not want the Kelly's link to get lost in the comments thread, so here it is!

Join me in praying for Peace Lutheran, and for all of the SAWC's being formed as congregations disaffected by the ELCA's sexuality policies leave our church body.

On the subject of sexuality, Justin takes on some of the specious reasoning used to condemn homosexuals. Read about it at his Darthjedi blog.

The fireworks came from Peace Lutheran's website. Appropriate for a SAWC celebrating its first worship service on America's Independence Day!
Posted by Brant Clements at 8:36 PM