THE YEAR OF BLOGGING BIBLICALLY: DAY 236 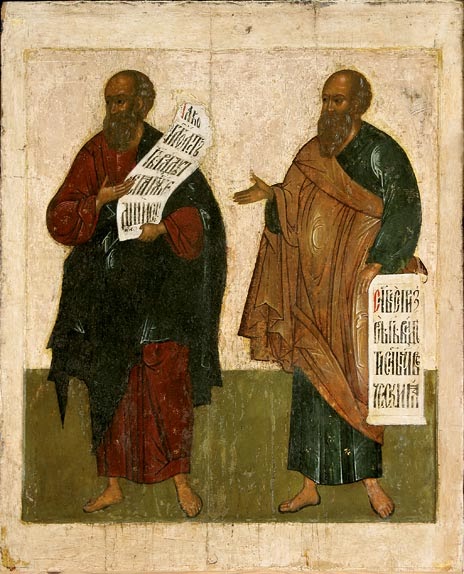 The story of the refugees from Mizpah continues. In chapter 42 they come to Jeremiah and ask him for an oracle from YHWH. They promise, absolutely promise, that they'll do whatever YHWH tells them. After 10 days Jeremiah gives them the word: "Don't go to Egypt." The last verses of this chapter (42:21-22) sound as if, though they haven't said so, the people have already made up their minds. Maybe Jeremiah is just anticipating that no one will listen to him. It has happened often enough before.

In chapter 43 Johanan, the leader of the remnant, gets suddenly insolent. He accuses Jeremiah of lying and then leads the refugees off to Egypt, dragging Jeremiah along for good measure.

Once in Egypt, Jeremiah makes another one of those prophetic actions for which he is known. He buries a couple of stones in the road and announces that king Nebuchadnezzar (Nebuchadrezzar in the Hebrew, but the good old NIV smooths it out for us) will set his throne up at this spot when he conquers Egypt.

In chapter 44 Jeremiah offers another oracle in the same vein. YHWH, he says, sent the Babylonians to destroy Jerusalem and Judah because the people worshiped other gods. Now the remnant in Egypt are worshiping Ishtar, the "Queen of Heaven." The people defend themselves saying that the Queen of Heaven has brought them what little prosperity refugees might be said to have. Jeremiah reasserts that YHWH is angry and will send the Babylonians to Egypt to destroy them.

Chapter 45 is a flashback to an earlier time. Remember Baruch, Jeremiah's secretary? YHWH promises that, although bad things are coming, Baruch will escape with his life.

The image of Jeremiah and Baruch came from the website of the Hermitage Museum in Amsterdam. Next: Jeremiah 46-48
Posted by Brant Clements at 12:00 PM