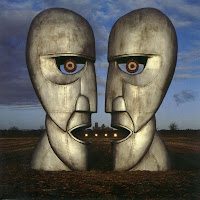 tarted this blog to show how one person can consider himself a faithful Lutheran Christian, and one who recognizes the authority of the Bible, and still favor same-sex marriage and ordination of pastors living in committed same-sex relationships. I am not so naive as to think that everyone reading these little essays will magically agree with my point of view. I hope that I have struck a reasonable tone in a debate that so often degenerates into unreason, finger-pointing and even name-calling. I hope that my readers, whether they agree with me or not, are able to understand my position and how I have derived it. I further hope that I have not mischaracterized the positions of anyone who, in good conscience, holds an opposing opinion.

So much of Spong's rhetoric resonates within me. A part of me would like to adopt his stance. But I am aware that while many Christians have taken a strong view, pro or con, concerning homosexuality, there remain many in the muddled middle who have not made up their minds. For their sake it is not time to stop talking.

I am also aware that in my beloved Evangelical Lutheran Church in America, there are some who find the idea of Communion with those who would ordain partnered homosexuals intolerable. They are leaving to join the LCMC or NALC. If their consciences are so bound, then they should be allowed to go graciously. There are others who, though they may not agree with the CWA decisions, are willing to stay in conversation. For their sake it is not time to stop talking.

Earlier this month, Mary Hinkle Shore from Luther Seminary, Minneapolis, published a "Proposal for Engagement" on debating sexuality issues. She suggests concrete ways in which people on both sides of "the Gay Divide" can actually hear one another. The essay is worth reading in its entirety. Here are two excerpts:

Within the church--for example, within congregations whose members are deciding to leave or stay in the ELCA, or to give or withhold giving to a synod or churchwide ministry--are people trying to be faithful disciples of Jesus Christ, their Savior and Lord. If you do not believe that someone is trying to be such a disciple, ask them. Figure out first that you all name the same name. Understand that this person on the other side, whose opinions may puzzle or repel you, is a brother or sister in Christ....

Do you believe that the other people in this conversation (the present conversation, there in your church basement, or the Sunday school classroom, not a "conversation" in the abstract) are Christians? If you do, what implications does this have for how you listen and talk to them? If you do not, what would they need to do to convince you that they are brothers and sisters of yours in Christ? Do others believe you are a Christian? What do they need from you to agree that, in Christ, you are in this together?

I have heard that both faculty and students at Luther are polarized over the CWA decisions. It is nice to hear a moderating voice coming from the midst of division.

The illustration for this post is part of Storm Thorgerson's album artwork for Pink Floyd's The Division Bell. The felicitious phrase "the Gay Divide" is borrowed from Susan Hogan's website Pretty Good Lutherans.
Posted by Brant Clements at 2:25 PM