A.K.A. THE CATHOLIC CONSENSUS 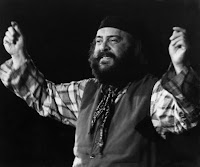 he Evangelical Lutheran Church in America, at its 2009 Churchwide Assembly, voted to recognize "publicly accountable, lifelong, monogamous" same-sex relationships. The ELCA also voted to allow persons living in "publicly accountable, lifelong, monogamous" same-sex relationships to serve as ordained clergy. These decisions have been controversial to say the least.

That "publicly accountable, etc." thing is a cumbersome phrase. Please allow me to use the less precise but more concise term "gay marriage." I know it is not the correct term. I use it only for the sake of simplicity.

Arguments from Scripture are strong. Five passages in the Bible apparently condemn gay sex. However, when those passages are read in their historical and canonical contexts, it becomes clear that they do not address homosexuality as we now understand it. They do not speak of gay sex within a covenanted and faithful relationship. They do not add up to a universal condemnation of all homosexual acts. There are also biblical arguments about the nature of marriage. The force of these arguments is blunted when we realize that there is no single biblical definition of marriage.

There are moral arguments against gay marriage. These boil down to "gay sex is morally wrong." Moral arguments are answered with ethical arguments: "Gay sex can be practiced ethically in the context of a committed and loving relationship."

There is also the argument from nature. It goes "boy parts are supposed to go with girl parts." This argument is refuted by research which indicates that sexual nature is defined more by hormones and psychology than by anatomy. Homosexuality occurs naturally.

That's because it is true. The ELCA has done something new.

The Church, in its nearly two millennia of existence, has no history of approving of gay marriage or same-sex partnered clergy. As I typed that last sentence, I could almost hear the voice of one of my colleagues saying "So what?" Maybe you, my reader, feel the same way. Personally, I think that we should be circumspect about departing from the "catholic consensus" of the Church.


Illustrating this post is the late Zero Mostel as Tevye the Milkman in the original Broadway production of Fiddler on the Roof. I found the picture here.
Posted by Brant Clements at 2:37 PM