Would You Lie for God? 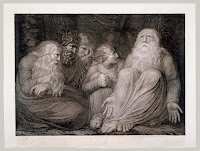 orris J. Niedenthal, professor of homiletics (preaching) at the Lutheran School of Theology at Chicago, used to ask his students, "Would you lie for God?" The question is paraphrased from the Book of Job, but I can never find the exact reference. It is a question to haunt a preacher or anyone who would dare to speak on God's behalf.

The question "Would you lie for God?" is open-ended. It can be understood in many different ways. I think Dr. Niedenthal intended it to be so. Let me explain how I understand what it means to lie for God.

By the same token, I would be lying for God if I were to deny what research, science and experience tell us about homosexuality. Homosexuality is a normally occuring subset of human sexuality. The Bible's condemnations of gay sex do not apply in light of our current knowledge.


On the news front, the ELCA Conference of Bishops have proposed a process for the seventeen pastors who were ordained by Extraordinary Lutheran Ministries to be rostered in the ELCA. ELM has agreed! Read about it here.

The picture accompanying this post is one of William Blake's illustrations for the Book of Job. I found it here.
Posted by Brant Clements at 4:37 PM