WHAT IS THE PLURAL OF CONSENSUS? 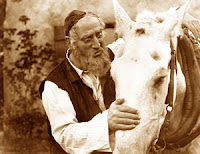 A sardonic old joke says that the Seven Last Words of the Church are, "We've never done it that way before."

The "catholic consensus" concerning homosexuality and marriage is based in old notions that are now demonstrably false. Notions such as "homosexuality is a willful perversion" and "the purpose of sex is procreation." When tradition is no longer useful, when it is found to be based in false premises, when it is even found to be hurtful, it should be abandoned.

Old dogs do not learn new tricks easily. Departing from tradition is difficult. The ELCA has done the right thing in adopting its social statement on human sexuality and accordingly revising its requirements for ministry. By making the compromise of allowing "local option" the ELCA has tried to bring everyone along. Of course, that is not possible, and now the ELCA is paying the price for doing right.

I recently had a conversation with a colleague in which we entertained the hypothetical question "What would it take for you to leave the ELCA?" After I got the obligatory joke out of the way ("I'll leave the ELCA when they pry my Evangelical Lutheran Worship hymnal from my cold dead fingers!") I gave the question some serious consideration.

I would consider the ELCA to be heterodox if it abandoned the true catholic consensus as stated in the creeds of the Church. I would leave the ELCA if it strayed from the Lutheran consensus on the doctrine of justification by grace, through faith, apart from works of the Law. Justification, not an outdated view of homosexuality, is the doctrine by which the church stands or falls.


The picture attached to this post is of Maurice Schwartz, the first actor to play Tevye the Dairyman in a movie. The film, which Schwartz also directed, was the 1939 Yiddish language production titled, simply, Tevye. Now that's tradition! I found the photograph here.

The plural of "consensus" is "consensuses." Really.
Posted by Brant Clements at 5:25 PM