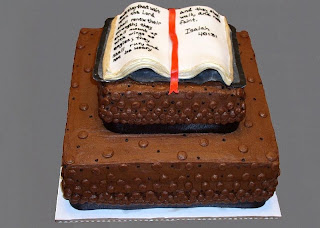 Today marks the 400th anniversary of the publication of the King James Version of the Bible. The KJV was not the first English translation of the Bible, nor is it the best, but it is, beyond question, the most influential.
Not the First. Large portions of the Bible had been translated into Old English as early as the 7th century. John Wycliffe published two different versions of the complete Bible in English in the 14th century. When King James I ascended to the throne of England in 1603, he authorized the translation that is now commonly called after his name. Published in 1611, the KJV was intended to replace the Bishops’ Bible, then in use in the Church of England. It was also hoped that the new translation would supplant the Geneva Bible, then popular among English Protestants. The Geneva Bible, so-called for the city in which it was printed, featured footnotes of a Calvinist, Puritan, anti-ecclesial and anti-monarchical bent. The King James Version was authorized for largely political reasons.
Not the Best. Despite the extravagant claims made for the KJV from some quarters, the fact is that it is not the best English translation. In the 19th century many ancient New Testament manuscripts were discovered. These have made possible better critical editions of the Greek New Testament than what was available to the KJV’s translators. Also, the English language has changed significantly in the last 400 years. I have a copy of The King James Bible Word Book by Ronald Bridges and Luther Weigle (Thomas Nelson Publishers, 1994) which defines, in 400 pages, many of the “curious and archaic” words used in the KJV. Newer translations are rendered into the English that we speak today.
The Most Influential. For 300 of its 400 years, the King James Bible reigned as the English Bible. It was often the only book a household owned. Many generations of English speakers learned to read from the KJV. It has left its stamp on the way we use English and has contributed many idioms and phrases to our everyday speech. So strong has its influence been that even the latest and newest translations are measured against the KJV’s standard. Most importantly, it was through the KJV that countless people were introduced to the Gospel of Jesus Christ.
Though I prefer more modern translations of the Bible for everyday reading, I think that I will always hear the Lord’s Prayer and the Twenty-third Psalm in the lyrical cadences of Jacobean English.