PART 3 IN A SERIES ON TRANSLATION 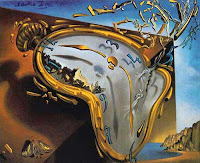 I studied Spanish in high school. I remember just enough of it to order lunch from the tolerant wait staff at a local Mexican restaurant. Should I ever find myself lost in Guadalajara, I could  ask a helpful native for directions to the library. I would not, however, be able to understand the answer.

Back in those high school classes, we used to recite little practice dialogues, like this one related to time.

A very literal translation of that dialogue would be:

What hour is [it]?
They are the eight minus [a] quarter.

While the Spanish is perfectly acceptable, the English is not so great. This is because Spanish has different idioms for time-telling than English. Put on your translator’s hat and think for a moment about how you would render that dialogue into good English.

While I think that the question “¿Qué hora es?” would almost universally be translated as “What time is it?” several options present themselves for the reply “Son las ocho menos cuarto.”

It is seven forty-five.
It’s a quarter of eight.
It’s quarter to eight.

Or, where I grew up:

In each case, the basic meaning of the reply is unchanged. How is a translator to choose among these possibilities?  Context might be a guide. Formal writing has different requirements than informal speech. If the dialogue is spoken, who is the speaker? Would a BBC broadcaster reply in the same way as a Jersey Shore cast member?

One reason that we have so many English versions of the Bible is that there are so many ways a given word or phrase can be translated. Here, for comparison, is 2 Corinthians 5:16 in four translations. Each has something to commend it:

So from now on we regard no one from a worldly point of view. Though we once regarded Christ in this way, we do so no longer.

Does one of these translations speak to you more clearly than the others? Is there another translation that you like better? If so, why?

I am going to try to blog more regularly during Lent. We’ll see how that goes. I’m still trying to give away a copy of the Common English Bible through this post. Doesn’t anyone want to play?

The illustration is Salvador Dali's 1954 painting Soft Watch at the Moment of First Explosion. I chose it because Dali is Spanish and it's about time and...well...I just think it's cool, that's all.