PART 10 IN A SERIES ON TRANSLATION 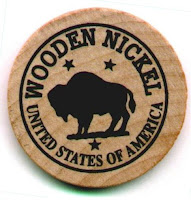 Gender language is one of the most contentious issues in biblical translation. "Inclusive language" Bibles are welcomed by some and reviled by others. The Today's New International Version (2005) was scuttled by controversy concerning its inclusive language, while the masculinist English Standard Version (2001) has been warmly adopted by "complimentarian" churches.

Unlike English, biblical Greek and Hebrew are gendered languages. In Hebrew every noun and adjective is either masculine or feminine. Greek has three genders: masculine, feminine, and neuter. Grammatical gender does not necessarily correlate to any physical reality. For example, a city is not female, but the Greek word πόλις (polis = "city") is feminine.

Context is a key factor in translating αδελφοι (adelphoi). In some instances it clearly means "male siblings" as at Mark 12:20 ff, where the Sadducees tell Jesus a story about a woman who married seven brothers in succession. In other cases, it is not so clear. The Apostle Paul regularly refers to his fellow believers as αδελφοι (adelphoi). Are his words intended only for male believers? In some cases I think it is clear that Paul is addressing both men and woman. I've heard it suggested that the Christian community at Galatia was exclusively male, and I have a pet, though unproven, theory that the community addressed in 1 John was all male. Does that mean that αδελφοι (adelphoi) should be translated as "brothers" in Galatians and 1 John? Or does the message of these works apply also to female readers?

Don't even start me on the word ἄνθρωπος (anthropos), a masculine noun that refers to a  human being without reference to their physcial sex.

The bottom line is: modern English doesn't work the same way that biblical Hebrew and Greek work. Translation always involves compromise. Personally, I prefer to err on the side of inclusion. I recognize. however,  that this reflects my own theological biases, just as masculinist translations reflect someone else's theological biases. There is a lot of sloganeering and vituperation around issues of gender language. Perhaps it is wise simply to note that the issues exist and that they are by no means simple.

When choosing a Bible, be sure to read the translators' preface carefully. It will probably tell you a lot about the translators' approach to gender language. When reading a translation of the Bible, pay attention to footnotes.