THE LOGIC OF ALL SEXX LAWS* 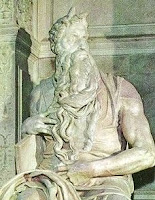 The book of Leviticus is a collection of laws, reportedly given by God to the Israelites through Moses. Its contents include instructions for offering sacrifices, dietary regulations, a version of the Ten Commandments, detailed descriptions of various forms of leprosy, and laws concerning a variety of sex acts. Chapter 18 of Leviticus specifically prohibits incest in several degrees, bestiality and, in verse 22, male homosexual relations: “You shall not lie with a male as with a woman; it is an abomination.”

The penalties for infraction of the sex laws are specified in Leviticus chapter 20. At verse 13, we read: “ If a man lies with a male as with a woman, both of them have committed an abomination; they shall be put to death; their blood is upon them.”

Sometimes commentators divide the Levitical laws into categories of moral, ethical and civil regulations. These categories are of limited usefulness. First, Leviticus itself makes no such distinctions. The laws are simply the laws for the people of Israel. Second, it is not always clear which category a particular law fits. For example, is the prohibition against murder a civil or a moral law?

In fact, the Levitical code is not much concerned with morality. There is nothing particularly immoral about having sex during a woman’s menstrual period or eating shellfish, but Leviticus prohibits both of these things. Leviticus is much more concerned with holiness, purity or cleanliness. That is, the laws, even the sex laws of chapter 18, are intended to set the people of Israel apart as the Lord’s people, distinct from other peoples.

So while Leviticus prohibits male homosexual relations, it does so only for the men of Israel, and this is not for purposes of morality, but to set them apart as the Lord’s people.

In the early days of Christianity, a controversy arose concerning whether gentile Christians were bound to keep the Jewish laws of cleanliness. According to the book of Acts, the apostles in Jerusalem laid aside the Levitical code and required gentile Christians “to abstain only from things polluted by idols and from fornication and from whatever has been strangled and from blood.” This raises the question of whether homosexual behavior is necessarily considered “fornication.” But that is a topic for another post.

* The subtitle for this post comes from the Song “Sexx Laws” on the Midnite Vultures album by Beck. Scripture references are quoted from the New Revised Standard Version. The image of Michaelangelo’s Moses was lifted from Wikipedia and adapted.
Posted by Brant Clements at 11:43 AM