The Argument from Anatomy

OR, NO, REALLY, WHAT WAS PAUL THINKING? 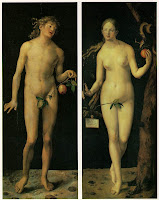 This, I believe, is the notion behind Paul’s references to “natural intercourse” in Romans 1:26-27.

Their women exchanged natural intercourse for unnatural, and in the same way also the men, giving up natural intercourse with women, were consumed with passion for one another. Men committed shameless acts with men and received in their own persons the due penalty for their error.

This argument from anatomy is also behind the condemnation of homosexual sex in Leviticus 18:22 and 20:13. Leviticus is not a moral code, but a holiness code. It divides world into “clean” and “unclean.” Just as dirt is “matter out of place” (In the garden it’s earth. In the kitchen it’s dirt.) so, anything in the wrong place is “unclean.” Since male parts are not supposed to go with male parts, in this thinking, homosexual sex is prohibited.

Today we understand sexual nature to be a more complex matter of “chemistry, brain and hormones.” Still, the argument that anatomy determines sexual nature is sometimes heard. Last summer, David Housholder invoked the argument in a blog post.

Any fifteen- year old can tell you what part goes where (sexually).

That short line is a miniscule sound bite from a lengthy post. I disagree with most of what Housholder says in it, but will not subject you to the tedium of a point-by-point rebuttal. Instead, I will stay focused on my theme.

In biblical times homosexuality was thought of as unnatural. Today we know that same-sex attraction is a naturally occurring subset of human sexuality. Do the Bible’s condemnations of homosexual behavior still apply in the light of our current knowledge, or are there ways in which homosexuals can ethically express their love?


Scripture quotes are from the New Revised Standard Version of the Bible. The phrase “matter out of place” is taken from Social-Science Commentary on the Gospel of John, by Bruce J. Malina and Richard L. Rohrbaugh, Fortress Press, 1998, page 94. Durer's paintings of Adam and Eve were found here.
Posted by Brant Clements at 7:34 PM