Romans 1 and the Cause of Homosexuality

OR, WHAT DETERMINES SEXUAL NATURE? 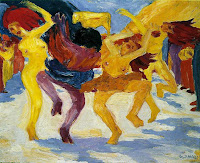 We can also be certain that idol worship does not cause homosexuality. Some homosexuals may worship graven images, but others are devout monotheists. I have known some homosexuals who are, in fact, committed, church-going, God-fearing, Jesus-loving, devout, dedicated, pious Christians.

Yet, in the first chapter of Romans, the Apostle Paul states quite unequivocally that homosexuality is caused by idolatry.

Claiming to be wise, they became fools; and they exchanged the glory of the immortal God for images resembling a mortal human being or birds or four-footed animals or reptiles. Therefore God gave them up in the lusts of their hearts to impurity, to the degrading of their bodies among themselves, because they exchanged the truth about God for a lie and worshiped and served the creature rather than the Creator, who is blessed forever! Amen. For this reason God gave them up to degrading passions. Their women exchanged natural intercourse for unnatural, and in the same way also the men, giving up natural intercourse with women, were consumed with passion for one another. Men committed shameless acts with men and received in their own persons the due penalty for their error. (Romans 1:22-27)

Either we have here another case of the general revelation contradicting the special revelation or the Apostle Paul had in mind something other than what we know of homosexuality. From context, I am inclined to think that Paul was referring to orgiastic pagan temple rituals.

Again, though we may not know exactly what causes homosexuality, we do know that it occurs quite naturally. Yet, in Romans 1, Paul refers to homosexual sex as unnatural. In the time of the Apostle Paul, sexual identity was thought to be determined by anatomy. What kind of genitalia you were born with determined your sexual nature. We now understand sexual identity to be much more complex. Factors such as “chemistry, brain, and hormones” contribute to our sexual nature.

The quote from Romans is taken from the New Revised Standard Version. The phrase "chemistry, brain and hormones" is borrowed from The First Paul by John Dominic Crossan and Marcus J. Borg, HarperOne, 2009, page 163. I lifted Emil Nolde's painting of the the worship of the Golden Calf from this website.
Posted by Brant Clements at 11:49 AM