How Do You Solve A Problem Like Junia? Pt. 4 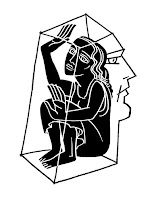 Making a man of Junia didn't work. Claims that she was not “prominent among the apostles” but only “well known to the apostles” are unconvincing. There remains a third possible solution to the problem that is Junia. A footnote to Romans 16:7 in the Holman Christian Standard Bible (HCSB) reads:

Etymologically the word “apostle” means “one who is sent.” Close synonyms for “apostle” include “ambassador,” “representative,” “messenger,” and “delegate.” The HCSB footnote is right in saying that “apostle” has a technical meaning. In this sense it refers to certain important leaders in early Christianity—those who were sent by Christ—though not only “the 12.”

Luke 6:12-16, and parallel passages, tell how Jesus designated twelve of his disciples as “apostles.”

At daybreak, [Jesus] called together his disciples. He chose twelve of them whom he called apostles: Simon, whom he named Peter; his brother Andrew; James; John; Philip; Bartholomew; Matthew; Thomas; James the son of Alphaeus; Simon, who was called a zealot; Judas the son of James; and Judas Iscariot, who became a traitor. (Luke 6: 12-16 CEB)


In the first chapter of Acts, after the death of Judas, the eleven remaining apostles seek a replacement to fill out their number. Peter says:

“Therefore, we must select one of those who have accompanied us during the whole time the Lord Jesus lived among us, beginning from the baptism of John until the day when Jesus was taken from us. This person must become along with us a witness to his resurrection.” (Acts 1:21-22 CEB)


Paul refers to himself as an apostle (see Romans 1:1 among other places) and apparently means this in the technical sense as he defends his right to the title in 1 Corinthians 9 and Galatians 1-2. Perhaps Paul needed to defend himself because he was not one of the twelve and had not “accompanied [them] during the whole time the Lord Jesus lived among [them].”

The HCSB footnote is right, however, that there is a non-technical use of the word “apostle.” It can refer to a messenger or delegate who is not a leader of the church, a representative of someone other than the Christ. A look at the two passages referenced in that footnote is instructive. First, from Philippians:


I think it is also necessary to send Epaphroditus to you. He is my brother, coworker, and fellow soldier; and he is your representative [“apostle” in Greek] who serves my needs. (Philippians 2:25 CEB)

This Epaphroditus was apparently sent from Philippi to assist Paul in some way. Now Paul is sending him back. I think that Paul is being playful when he calls Epaphroditus “your apostle.” He means something like “Just as I am Christ's apostle to you, Epaphroditus has been your apostle to me.” Clearly, though, Paul does not mean that Epaphroditus is an apostle in the technical sense. Now, the passage from 2 Corinthians:


Here Paul is presenting the credentials of a group of people whom he is sending to Corinth to pick up an offering which they will then take to the church in Jerusalem. The “brothers” are evidently not apostles in the technical sense, but representatives of the churches, that is, delegates of the congregations that sent them.

Does this mean that Junia and her pal Andronicus might be apostles in the non-technical sense, mere “messengers” or “delegates” like Epaphroditus and “the brothers?”

I don't think so.

In the two instances where Paul uses the word “apostle” in the non-technical sense, he supplies a possessive pronoun. He tells us whose apostles these are. Epaphroditus is “your [i.e. the Philippians'] apostle.” The “brothers” are “the churches' apostles.” It is clear that they are not “Christ's apostles.” They are not apostles in the technical sense.

When Paul refers to himself, or other church leaders, as apostles in the technical sense he may use a possessive pronoun (cf. at 1 Corinthians 1:1, 1 Thessalonians 2:7) or, more often, not (1 Corinthians 9:1 et al.). It seems that apostles are assumed to be Christ's apostles unless otherwise specified.

In Romans 16:7 Paul refers to Andronicus and Junia as “prominent among the apostles” without a possessive pronoun. If Junia is not Christ's apostle, then whose apostle is she?

The illustration accompanying this post is Junia from Luba Lukova's Biblical Women portfolio. I found it here.

Posted by Brant Clements at 1:38 PM