How Do You Solve A Problem Like Junia? Pt. 3 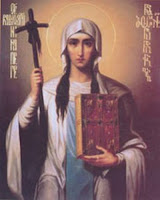 Part one of this series can be found here. And part two here.

I have a friend who claims that there are more than 500 English translations of the Bible. I sincerely believe that every Bible translator intends to render the Scriptures as clearly and accurately as possible. I include in this assessment the translations that are based on poor textual evidence (e.g. the New King James Version). Likewise the weird translations that “restore” Hebrew names to the Greek New Testament and even the most egregiously denominational “translations” (like the Jehovah’s Witnesses’ New World Translation). I’m not being charitable in my assessment of translators’ motives. It’s just that, apart from outright fraud, I really can’t imagine why anyone would create a Bible translation that did not, in their own estimation, accurately and clearly render the meaning of the original.

Having said that, I want to point out that every translation reflects the biases of its translators. The venerable King James Version was biased toward ecclesiastical and monarchical language. It was produced in part to counter the anti-monarchical and anti-ecclesiastical biases of the popular Geneva Bible.

Among modern translations, some choose to use inclusive language, others are gender specific. Some are translated using dynamic equivalence, others are formally equivalent. These are intentional choices made by the translators.

I would suggest that some Bible translations have a doctrinal bias and others have an academic bias. All other considerations aside, I prefer a Bible that is academically rigorous to one that is doctrinally “correct.” This is because I believe that doctrine should be derived from Scripture, not translated into it.

For the best part of the twentieth century even the most academically biased translations rendered the name of an apostle in Romans 16:7 with the masculine “Junias.” This is because they based their translations on critical editions of the Greek New Testament. The latest critical editions of the Greek Testament have, for reasons I’ve discussed before, restored the feminine name “Junia” to this verse.

Why did the earlier editions say “Junias?” I can only speculate, but I suspect the scholars who produced those editions honestly believed a woman could not be an apostle. After all, the Church, for most of its history, has denied women roles of leadership. Some Christians still do.

Today it is more and more recognized that the Apostle Paul’s churches practiced a surprising gender equality. Only later in the New Testament period, when Christianity became less a movement and more an establishment, were women excluded from leadership roles. An interesting, popular level book that covers some of this information is Crossan and Borg’s First Paul. I recommend it with some small reservations. Read it critically.

Since it is now more difficult to deny that Junia was a woman, recent doctrinally biased translations have resorted to a different strategy to deal with the problem of a female apostle. They’ve demoted her. They say that Andronicus and Junia were not “prominent apostles” but “well-known to the apostles.”

Some of the recent versions that adopt this translation are the English Standard Version, the Holman Christian Standard Bible and the New English Translation.

The arguments for this translation involve technical points of Greek grammar. My own grasp of Koine Greek is good enough to follow the discussion, but not to contribute to it. (If you are interested in the techinical matters, Suzanne McCarthy has done an excellent job of dealing with them at the BLT blog). Still, I find the argument that Junia was only “well-known to the apostles” unconvincing for at least three reasons:

First, the argument is circular. Like the argument that Junia was not a woman, this strategy is based on the unproven assumption that a woman could not be an apostle.

Third, arguments that Junia was not an apostle strike me as disingenuous. If the names in Romans 16:7 were both unambiguously masculine, say “Andronicus and George,” no one...absolutely no one...would try to suggest that George was only “well-known to the apostles.”

There remains a third solution to the problem of Junia. Stay tuned.

Posted by Brant Clements at 7:34 PM