THE YEAR OF BLOGGING BIBLICALLY: DAY 200


At least one of the Proverbs presents a false dichotomy:

Better the poor whose walk is blameless
than a fool whose lips are perverse.
(Proverbs 19:1)


Some of the Proverbs are apparent non sequiturs:

What a person desires is unfailing love;
better to be poor than a liar.
(Proverbs 19:22)


The book of Proverbs is not shy about recommending corporal punishment:

Penalties are prepared for mockers,
and beatings for the backs of fools.
(Proverbs 19:29)

Blows and wounds scrub away evil,
and beatings purge the inmost being.
(Proverbs 20:30)

A person’s own folly leads to their ruin,
yet their heart rages against the LORD.
(Proverbs 19:3)


That one reminds me of a man who did not take his blood pressure meds and, when he had a stroke, wondered why God had punished him.

Kindness to those in need is a recurring theme in Proverbs:

Whoever is kind to the poor lends to the LORD,
and he will reward them for what they have done.
(Proverbs 19:17)


Abiding by the commandments is a good idea:

Whoever keeps commandments keeps their life,
but whoever shows contempt for their ways will die.
(Proverbs 19:16)


Some of the proverbs deal with business practices:


I am not sure what that proverb actually advises. It might be a simple observation. I'm sure that it sounds different to a seller than to a buyer.

There is more advice about the conduct of business in Proverbs 20:16:

Take the garment of one who puts up security for a stranger;
hold it in pledge if it is done for an outsider.


That one should probably be tempered by this commandment:

If you take your neighbor’s cloak as a pledge,
return it by sunset,
(Exodus 22:26)


Fairness in trade is a recurring theme:

The LORD detests differing weights,
and dishonest scales do not please him.
(Proverbs 20:23)

Wine is a mocker and beer a brawler;
whoever is led astray by them is not wise.
(Proverbs 20:1)


And the importance of a wife who is not quarrelsome:

Better to live on a corner of the roof
than share a house with a quarrelsome wife.
(Proverbs 21:9)

Better to live in a desert
than with a quarrelsome and nagging wife.
(Proverbs 21:19)


As I've mentioned before, the Proverbs were written for, by, and about men. I have also mentioned the Proverbs ambivalence about bribery. Receiving them is bad. Giving them, not so much.

A gift given in secret soothes anger,
and a bribe concealed in the cloak pacifies great wrath.
(Proverbs 21:14)


The attitude of the Proverbs toward the practice of sacrifice is like that of the prophets:

To do what is right and just
is more acceptable to the LORD than sacrifice.
(Proverbs 21:3)

The sacrifice of the wicked is detestable—
how much more so when brought with evil intent!
(Proverbs 21:27)


This proverb must have been written by someone about my age:

The glory of young men is their strength,
gray hair the splendor of the old.
(Proverbs 20:29)


And this one echoes the notion "Man proposes; God disposes."

The horse is made ready for the day of battle,
but victory rests with the LORD.
(Proverbs 21:31)


Commenting on the Proverbs has been challenging. There is no narrative, nor any clear organizing principle. I have been trying to pick out a few of the proverbs from each day's portion that are in some way noteworthy. 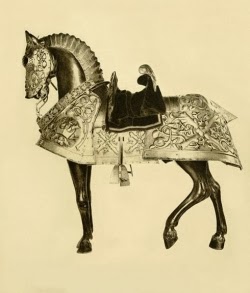