THE YEAR OF BLOGGING BIBLICALLY: DAY 180 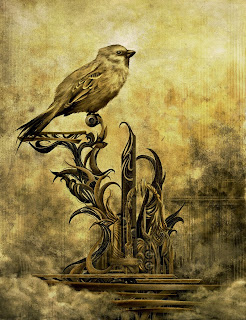 At Ekklesia (the Greek New Testament reading group I attend) yesterday, a question came up about the date of the Psalms. The book of Psalms contains compositions from a wide span of ancient Israel's history, from the monarchy (maybe earlier?) through  post-exilic times.

Psalm 80 reflects a northern tradition (v. 2) and may have been composed at the destruction of the city of Samaria. It asks how long God will be angry with his people. Verses 8-13 are an extended analogy comparing Israel to a vine. The psalm ends with a plea: restore us.

Psalm 81 begins happily enough with a call to praise. It quickly goes south after that. Verses 6-16 are a first-person address from God to Israel. God only asked one thing of the Israelites: "Have no other gods." But would they listen? Nooooo. God asks his people to repent and, in return, promises food and relief from enemies.

Psalm 82 is set in a heavenly courtroom. The "gods" of verse one are divine beings of some sort. Maybe the psalmist meant something like angels. Maybe they are supposed to be the gods of other nations. Whatever they are, they make up God's heavenly court and witness God's demands. God wants earthly rulers to bring justice for the poor, weak, and needy.

I'm going to repeat that in case any of my elected representatives happen to read this blog.  God wants earthly rulers to bring justice for the poor, weak, and needy.

I take the statement "I say, 'You are gods...'" (verse 6) as divine sarcasm. I'll entertain other possibilities, though. What say ye? This psalm ends with a cry for justice.

Psalm 83 is the last of the psalms attributed to Asaph. Verses 1-8 tell how certain gentile nations conspire to destroy Israel. Verses 9-12 allude to incidents in the book of Judeges and describe the fate of some of Israel's former foes. Verses 13-18 are a prayer vindication, victory, vengeance...something that begins with V.

I think that Psalm 84 must have been composed for a pilgrimage to Jerusalem. It speaks of longing for the temple. Verse three has a charming image of the sparrow finding refuge at God's altar. The Bible treats sparrows as something of little worth (cf. Matthew 10:29). Even today they are considered junk birds by those who put out bird feeders. Yet, even something so common and humble has a home in God's temple.Verses 8-9 are a brief prayer for the king. Verse 10b is one of my favorite Scriptures to quote. You see, I was raised to extend the common courtesy of holding  a door open for others. Sometimes they express surprise. It's handy to be able to say:

I would rather be a doorkeeper in the house of my God than live in the tents of wickedness.


Psalm 85 is ascribed to the Korahites. I take it to be a psalm about the return from exile. While the expectations for the return were great, the reality was difficult. This psalm asks for God's continued help in facing the tasks of rebuilding and defending Jerusalem. It ends with a promise of restoration. The imagery found in verse 10 is, in my estimation at least, among the most sublime in Scripture:


Steadfast love and faithfulness will meet;
righteousness and peace will kiss each other.

I found the picture of the sparrow here.