THE YEAR OF BLOGGING BIBLICALLY: DAY 254 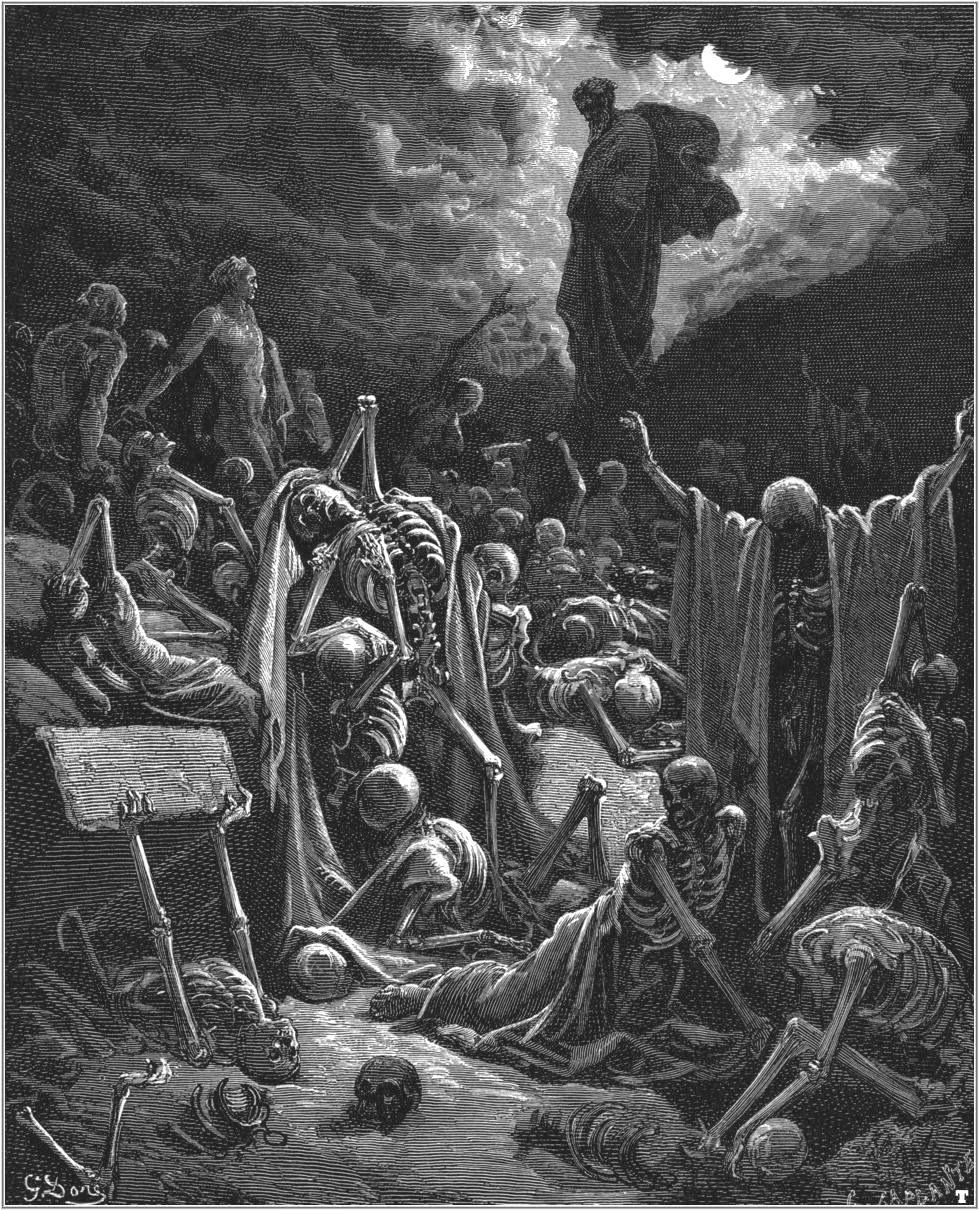 I cannot read Ezekiel 37:1-14 without hearing the song Dem Bones playing on my mental jukebox. This is Ezekiel's vision of the valley of dry bones which, at his prophecy, take on flesh and come to life. The vision is a simple analogy: the Israelites in exile are metaphorically dead, cut off, dried up. They will be restored. Later Jewish and Christian interpreters saw the resurrection of the dead in this vision but that is almost certainly not what Ezekiel intended. A point to note: Ezekiel  is told to prophesy to "the breath" (NIV, NRSV) or "the wind" (KJV). The Hebrew word ruach bears both meanings and can also be translated "spirit."

Ezekiel 37:15-28 describes a prophetic action/parable. Ezekiel is commanded to take two sticks, mark them with the names of the two nations "Ephraim" (i.e. the northern kingdom, Israel) and "Judah" and hold them together in his hand as one stick. The message, the two kingdoms will be restored and will be ruled by a single king from the line of David. Though at least some of the exiles did return to Jerusalem and Judah the Davidic kingship was never reestablished.

Chapters 38 and 39 contain oracles against "Gog of Magog." Gog, here, is a future general of the armies of Meshek and Tubal in Asia Minor. The book of Revelation (ch. 20) refers to Gog and Magog as if they are two nations. In Ezekiel God will be dragged by YHWH into war (v. 4). He will lead a coalition of nations in what seems to be an end time war against Israel. This war will take place after Israel is reestablished.YHWH will fight on behalf of his people and Gog will be destroyed by earthquakes, the sword, plagues, a rain of sulfur, etc. Chapter 38:11-16 describe the burial of Gog's armies. In verses 17-20 carrion fowl are invited to feast on the carcasses of the enemy dead. The book of Revelation (ch. 19) also picks up this image. (John of Patmos was deeply steeped in the Hebrew prophetic tradition).

Verses 25-29 once again promise that Israel will be restored; its people will return from exile.


Gustave Dore's illustration of Ezekiel's vision looks like a scene from a horror movie. Next: Ezekiel 40-42
Posted by Brant Clements at 7:10 PM