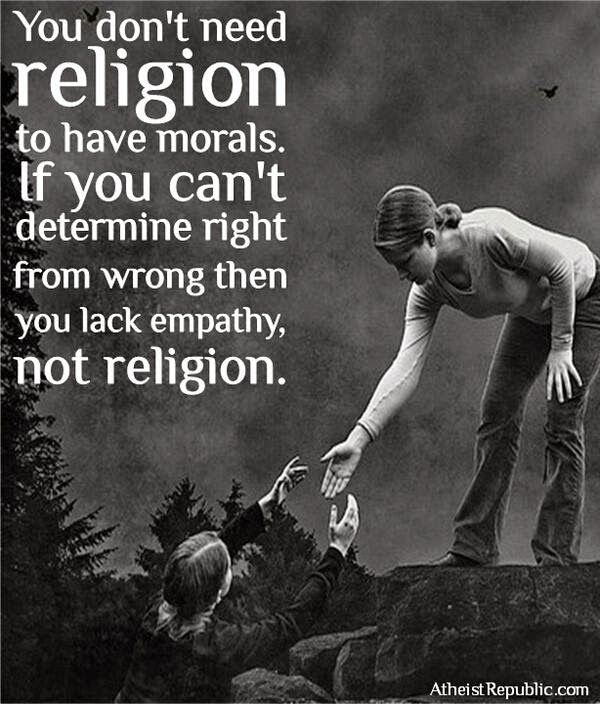 On March 24, Dr. James McGrath published the picture above as part of a post on his estimable Exploring Our Matrix blog. Click through if you would like to read his thoughts on the subject of Morality and Religion.

By coincidence, on the same day, I received a comment on a four year old post on this blog. The writer, taking exception to what I wrote, accused the Evangelical Lutheran Church in America of redefining sin by moving away from the catholic consensus about homosexuality. I replied to his accusations there.

What occurs to me from all of this is that there are two ways of deriving ethics, one intrinsic, the other extrinsic.

Extrinsic morality is dictated from outside the self. Whether it is from tradition, consensus, Scripture, or some other source, extrinsic morality makes right behavior a matter of following a set of rules. Don't smoke. Don't steal. Don't kill. Don't cross on the red and you're OK.

There is a danger in extrinsic morality. Extrinsic morals can be derived from an immoral source. I've mentioned before that the Nazi regime was not immoral. It was hyper-moral. It had a clear vision of the good and sought to enact that vision. Genocide, slavery, injustice, and acts of terrorism can be justified by extrinsically derived morality.

This is not to say that all rules are bad. Far from it. It does, however, give us leave to question rules.

What I call intrinsically derived morality is called "empathy" in the picture above. In the Bible, I believe, it is called "love." Arguably it is the basis for Jesus' ethics. "Love your neighbor as yourself." "Love your enemies." "Do unto others as you would have others do unto you." Arguably it is what the Apostle Paul was talking about in Romans 13:10 when he said that "Love is the fulfillment of the Law."

Perhaps empathy, love, is the intrinsic standard by which all extrinsic rules ought to be measured.