THE YEAR OF BLOGGING BIBLICALLY: DAY 120 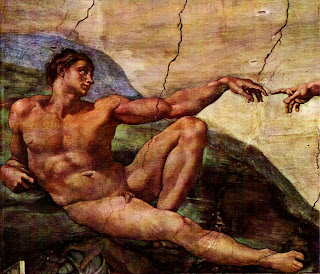 Old Testament scholars refer to the writer or, more precisely, the school of writers, who produced the books of Deuteronomy, Joshua, Judges, and 1-2 Kings as the "Deuteronomist" or "D" for short. The Deuteronomistic writings have certain distinctive theological concerns. They are strongly Yahwistic and focused on the Jerusalem temple. D favors the Davidic dynasty. Idolatry and worship in unauthorized locations are grievous sins. The downfall of Israel and, later, Judah are YHWH's judgment against his errant people.

The "Chronicler," author or authors of 1-2 Chronicles, represents a different school of thought. The books of Chronicles offer an alternative history. The Chronicler is much more interested in "all Israel" while the Deuteronomist focuses on Judah. The Chronicler also sanitizes the story of David, omitting the whole business concerning Uriah the Hittite. I will try to suss out the Chronicler's distinctive theology as we go along.

Personally I think that the first 9 chapters of 1 Chronicles is the dullest part of the entire Bible. It is made up mostly of genealogies. The material in these first two chapters is largely cribbed from Genesis.

A couple of notes:

1 Chronicles 1:1 is the first mention of Adam, the first man, since Genesis 5:5. He will not be mentioned again in the Old Testament. Adam actually features more strongly in the New Testament. The ancient Hebrews didn't put much  emphasis on him at all.

The Chronicler never uses the name Jacob. The progenitor of the 12 tribes is always referred to as "Israel" except in quotes from Psalm 105 in 1 Chronicles 16.

Achar, the troubler of Israel mentioned in 1 Chronicles 2:7, was called "Achan" and "Achor" in Joshua 7. He's the guy who kept some of the spoils of war for himself.

A couple of my study Bibles note that in Hebrew 1-2 Chronicles are called "The Events of the Days."