It was a Tuesday morning a couple of years ago. At my weekly pastors' text study two of my colleagues, my friends, got into a heated discussion about whether Baptism should be a prerequisite for admission to the Sacrament of Communion. Until that time I didn't know feelings ran so high on the subject.

The guiding documents of the Evangelical Lutheran Church in America stipulate that Baptism precedes Communion. Those documents were written for a different time in the life of the ELCA. We have since entered into a full Communion agreement with the United Methodist Church, a body that has no requirements for admission to Communion and welcomes anyone who presents themselves to receive the Sacrament.

With these things in mind, and in conversation with others, I wrote a resolution which was presented to the Northern Illinois Synod's annual assembly in June of 2012. The resolution, which was passed, memorialized the ELCA Churchwide Assembly "to institute a process necessary to review and possibly revise the ELCA's guiding documents concerning admission to the Sacrament of Holy Communion."

My resolution was the only memorial sent to the ELCA that had to do with "Theology and Practice." So it was considered on its own. The ELCA Memorials Committee recommended that the Assembly act to "request the Congregational and Synodical Mission unit, in consultation with the Office of the Presiding Bishop and the Conference of Bishop, to establish a process to review current documents concerning administration of the Sacrament of Holy Communion" and to request a report to the ELCA Church Council next year.

Last week I attended the 2013 Churchwide Assembly as a voting member. When my memorial came up for discussion on Wednesday my synodical bishop leaned over and asked, "Brant, are you going to speak to it?"

He said, "I think you should."

So dutifully but reluctantly and with absolutely no preparation, I stood and stammered something about the resolution into the microphone. I'm not sure that I was clear. I'm not even sure that I was coherent. The Committee's recommendations were adopted by the Assembly anyway.

Later in the day, a friend who thought that I was advocating in favor of Communion for the unbaptized (I really wasn't) told me that I was "throwing out nearly 2000 years of Christian tradition." I didn't correct her. Neither did I point out the irony of the accusation coming from a female pastor.

Later still, another friend told me via FaceBook that "Your resolution is getting quite a bit of conversation on ELCA Clergy page."

"The point," I answered, "was to start conversation." 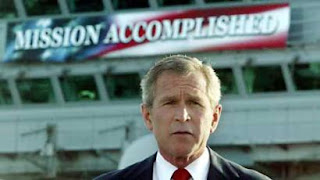 I looked in on the FaceBook conversation. There was strong feeling expressed on both sides of the issue. There was also the usual amount of flaming and sarcasm.

I'm not ready to say that the mission is, in fact, accomplished (We should all know better than to use that phrase prematurely) but I'm happy that the conversation has begun. I'll be interested in seeing where it leads from here.

For the record, my congregation's bulletin invites those who are "baptized and receive Communion in their own tradition" to come to the table. I'm content with that.
Posted by Brant Clements at 3:22 PM