THE YEAR OF BLOGGING BIBLICALLY: DAY 132 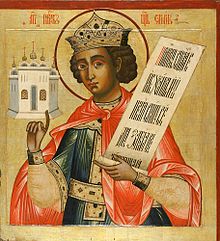 It is hard to read these chapters without a strong sense of deja vu. The accounts are taken over almost verbatim from 1 Kings 8-9. The differences, though minor, are telling.

For example, in 1 Kings 8 Solomon's prayer at the dedication of the temple concludes with references to the Exodus. The Chronicler is not much interested in the Exodus and so ends Solomon's prayer with a quote from Psalm 132 which refers to King David.

At 2 Chronicles 7:10 the Chronicler speaks of David "and Solomon" where the parallel in 1 Kings 8:66 mentioned only David.

2 Chronicles 7:12-15 is another addition to the same account from 1 Kings. Here YHWH, in his second appearance to Solomon, gives a direct response to the king's prayer from chapter 6 and promises to respond to petitions made toward the temple.

And in 2 Chronicles 8:2, it says that Solomon rebuilt the cities that Huram had given him. The parallel in 1 Kings 9:11 has Solomon giving cities to Hiram!

I think it might be interesting to do a detailed side-by-side comparison of the parallel passages. Unfortunately I have neither the time nor the inclination to take on such a project at the moment.