PART 4 IN A SERIES ON TRANSLATION 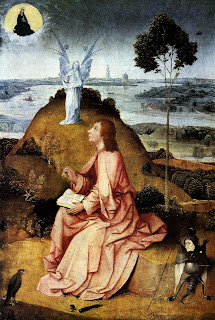 There is an Italian proverb that says “Tradutorre, traditore.” That is, “Translator, traitor.” There is no such thing as a perfect translation. Something always gets lost. Sometimes, for instance, the demand for clarity forces a translator to become an interpreter. Translators cannot help but betray the original text.

“Style” is hard to define and even harder to translate. Reading an English version of the Bible, you might not even realize that each of the writers of Scripture has their own unique style.

Luke and Acts, for example, are written in a fussy, florid and deliberately old-fashioned style of Greek. The Lukan author had literary aspirations.

Revelation, on the other hand, was written by a GSL (Greek as Second Language) student. John of Patmos’ grammar is often awkward.

The Gospel of John is written in simple grammar and with a limited vocabulary, yet it frequently achieves poetic effect. I have often said that John wrote Greek the way that Hemingway wrote English.

The writer of Ephesians, on the other hand, wrote Greek the way Faulkner wrote English. Sentences in Ephesians are long, convoluted, and rife with subordinate clauses. In Greek, Ephesians 1:3-6 is a single sentence, 66 words in length. The Greeks of old apparently liked this sort of thing. Most English translations break these verses into several sentences just to make them comprehensible. In the New Century Version, which is rendered into very simple English, I counted 6 sentences.

I found Hieronymus Bosch's painting of St. John on Patmos on Wiki.

Posted by Brant Clements at 7:12 PM