The Texts Underlying the Old Testament

PART 5 IN A SERIES ON TRANSLATION 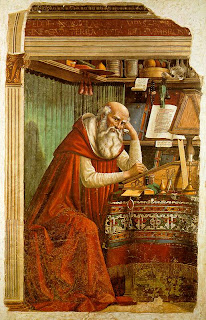 The various books of the Bible were originally written in Hebrew (a few Old Testament passages in Aramaic) and Greek. Unless you read those languages, you will rely on a translation. I've mentioned before that my friend Matt claims there are more than 500 translations of the Bible into English. I'm not sure where he got that number. It doesn't seem too far-fetched, though.

The preface to the Lexham English Bible, a recent version based on an interlinear Bible, says that there are "approximately one hundred different English translations of the Bible already published." Even this more modest number represents an embarrassment of riches.

One of the things that sets the various versions of the Bible apart from one another is their textual basis: the different original language texts that underlie the translations.

The Jewish Bible is called the Tanakh. Tanakh is an acronym for the Hebrew words Torah (Law), Nevi'im (Prophets), and Kethuvim (Writings), the three major divisions of the Jewish Bible. The content of the Tanakh is identical to the Protestant Old Testament, though the books occur in a different order and are sometimes counted differently.

Hebrew is written from right to left. In ancient times (and to some extent today) Hebrew was written without vowels. Which gives rise to this bit of doggerel by Jessica Shaver:


If you made it through that poem, you know vowels are helpful, but not necessary. While the letters PRS might represent "purse," "parse," or "praise," context will usually make the meaning clear. Still, the Hebrew Scriptures printed without vowels present some interpretive difficulties. So in the 7th through the 11th centuries CE, groups of Jewish scholars called the Masoretes devised a system of "points," written above and below the consonantal text to indicate vowels and "cantillation" (chant tones). The resulting Masoretic Text (MT) is the fixed and authoritative form of the Tanakh. The Biblia Hebraica Stuttgartensia (BHS) is the standard scholarly edition of the MT.

In the 4th through 2nd centuries BCE, long before the Masoretes did their work, a Greek translation of the Hebrew Scriptures called the Septuagint was made to meet the needs of Diaspora Jews--Jews who lived away from the Judean homeland. Septuagint means "Seventy" and the title refers to a legend about the making of the translation.

King Ptolemy II of Egypt wanted a translation of the Torah for his great library at Alexandria. He sent to Israel for 72 scholars to prepare the translation. Each of them worked separately from the others, isolated in 72 rooms, for a period of 72 days. At the end of that time, when they compared their manuscripts, miraculously they had all produced identical translations.

The legend is nonsense, of course, but it reflects the esteem with which the Septuagint was regarded. Septuagint is often abbreviated "LXX" ("seventy" in Roman numerals).

When the Septuagint was being compiled, the canon of the Jewish Bible was not set. So the LXX came to include several books, and additions to books, that are not in the Tanakh. Some of these additions were originally written in Hebrew, others in Greek.

The Septuagint was the Bible of the early Church. When the New Testament quotes the Old Testament, the quotes are almost always from some form of the Septuagint text. When Christianity and Judaism went their separate ways, sometime around the 2nd century CE, Jews abandoned the use of the LXX in favor of the Hebrew Bible.

In the 4th century, Pope Damasus I commissioned a brilliant, troubled scholar named Jerome to produce a Latin translation the Bible. Jerome's Bible was called the Vulgate because Latin was the "vulgar"--that is--common language of Western Christendom. Greek was still the lingua franca of the Orthodox East. Jerome designated the books that were found in the LXX but not the Hebrew Bible as "deuterocanonical," that is, belonging to a "second canon." The Vulgate became the standard Bible of the Western church and remained so until the Reformation era. In the East, the LXX has always been the standard text for the Old Testament.

In the 16th century, when the Reformer Martin Luther made his vernacular German translation of the Bible, he put the deuterocanonical books in a separate section of the Bible and commented that they were "good to read" but did not have the same authority as the other Scriptures. The deuterocanonical books are also sometimes called "Apocrypha" which means "doubtful." Following Luther's lead, most modern Protestant Bibles omit the Apocrypha altogether.

The difference in the content between the MT and the LXX accounts for the fact that Protestant Bibles are 66 books long, while Catholic and Anglican Bibles have 73 books. Some Orthodox churches have even longer lists of canonical Scriptures.

This post has been necessarily very brief. I trust that the facts presented are accurate, though they can hardly be considered the "whole story." In my next post in this series, I plan to take up the question of the texts underlying the New Testament. I found Domenico Ghirlandio's painting of St. Jerome in His Study at wiki.
Posted by Brant Clements at 12:00 PM