What Is Your Theological Trump Card? 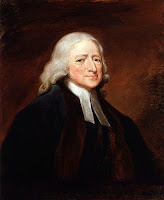 Earlier this week, I had a long, deep conversation with a friend who describes himself as a “Lutheran agnostic.” He is a very smart individual, a rigorous skeptic, brought up as a Lutheran and unconvinced concerning the existence of God. Reason is, for him, the deciding factor in matters of theology.

The following day, I was witness to (and participant in) a conversation among my pastoral peers concerning the question “Who is welcome at Holy Communion?” The discussion, as often happens in matters theological, became a little heated. One individual, arguing from tradition, asserted that only the Baptized ought to commune. Another person, leaning on experience, was unwilling to put that restriction on admission to the Sacrament.

John Wesley (1703-1791), the founder of the Methodist movement, was no slouch as a theologian. In his thinking about God, Wesley considered four factors: Scripture, tradition, reason, and experience. In the twentieth century, these four factors came to be called the “Wesleyan Quadrilateral.”

It seems to me that different denominations of Christians tend to privilege one aspect of the Quadrilateral over the others. That is, they make one factor their theological trump card. Fundamentalists, for example, make Scripture their highest authority. For Charismatic Christians, their experience of the Holy Spirit takes precedence. This doesn’t mean that Fundamentalists ignore experience or that Charismatics pay no heed to Scripture. It’s just a matter of emphasis.

I think it works the same way among individuals as it does among denominations. My Lutheran agnostic friend makes reason the court of final appeal. In the question of admission to Holy Communion, one of my colleagues relies on the authority of tradition while another leans upon experience. This doesn’t mean that any of them disregards the other factors of the Quadrilateral, only that one factor carries greater weight for them.

I suppose that the different factors might be weighted differently depending on the situation. In questions of admission to Communion, tradition might carry the day for a person, while in ethical reflections reason, or Scripture, might be given place of precedence.

At any rate, it is interesting to me, and perhaps informative, maybe even useful in theological discussion, to consider which of Wesley’s four factors an individual relies upon most heavily. And of course, it’s only fair to be open about my own theological trump card....

My experience of God’s reality is the starting point for my theological reflection. If I had no experience of God, I would probably be an atheist, or at least an agnostic. The Bible is the source and norm of doctrine, and the Church’s tradition is subject to Scripture. But, for me, reason is the trump card. In the end I cannot accept any understanding of experience, tradition, or Scripture that violates reason.

How about you? What is your theological trump card?


I wanted a picture of John Wesley playing cards to illustrate this post, but a Google search turned up nothing useful. That's not surprising, since Wesley was a holiness kind of guy. I settled for George Romney's handsome portrait of Wesley, which I snagged from wiki.
Posted by Brant Clements at 7:58 PM