A Pause to Reflect

BEFORE WE PLOW AHEAD INTO JOSHUA

Call it the Pentateuch (if you like the Greek), or the Torah (if you prefer Hebrew), or the Five Books of Moses (if legendary attribution is your thing). Whatever you call it, the collection of books from Genesis through Deuteronomy is an interesting read.

At the outset, I called the creation stories in Genesis "narrative theology." I think that descriptor can be applied to the entire Pentateuch (and beyond). These books are the way that ancient Israel told the story of its relationship with YHWH, its God.

The one God (whether that means the only God or the greatest of the divine beings) who created the world chose to make a covenant with Israel. He would be their God and they would be his people.

Once a nation of slaves, the Israelites were rescued by YHWH from Egyptian bondage through the agency of Moses, another clay-footed hero. Moses led the Israelites through 40 years of wilderness wandering and gave them the laws by which they would be set apart as the Lord's people.  Some of those laws are timeless precepts of justice. Others are practical. Some are bound by the culture that produced them. Some are just weird. Some--like that business with the "water of bitterness"--seem barbaric. Others display uncommon kindness.

Some of the stories in the Pentateuch are beautiful and inspiring. (Jacob and Esau reconcile). Others are disturbing. (The binding of Isaac). Still others are bizarre. (The bridegroom of blood episode). 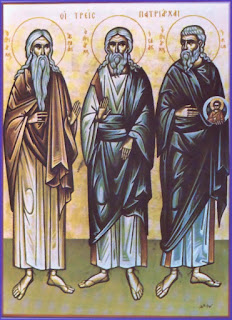 Posted by Brant Clements at 7:56 PM