THE YEAR OF BLOGGING BIBLICALLY: DAY 162

But where were we? Oh yes, we were in the middle of Elihu's speech.

In chapter 35, Elihu raises the question of "disinterested piety," that is, would a person do God's will without the promise of reward? What does one gain by not sinning? Sin, Elihu asserts, does not affect God. This question takes us back to the original bet between God and the Satan. Satan bet that Job, robbed of everything except his life, would turn on God. So far that has not happened. Job has demanded an answer from God but he has not rejected God.

As I write this I'm thinking about this Sunday's sermon which will probably be about Jacob's wrestling match with God (Genesis 32:22-31). The history of Israel, from its namesake Patriarch on, is a story of struggle with God. Though the book of Job is subversive of what I have called "deuteronomistic orthodoxy" it sits comfortably in the Hebrew scriptures. Like Jacob, like Israel, Job contends with God.

Chapter 36 has Elihu reasserting God's just nature. God punishes the guilty and rescues the afflicted. God is beyond human understanding. Again, Elihu is a bridge between the speeches of Job's companions and God's speech.

In chapter 37 Elihu describes God's power displayed in the forces of nature, foreshadowing the whirlwind in which God appears in our next chapter.

My sense is that Elihu's speech was, in fact, added by a later redactor of Job who wanted to balance the orthodox view of God's justice from the speeches of Job's companions with the radical statement of God's sovereignty in the next chapters. Does Elihu (or the redactor) succeed? I rather think not, but, as always, your mileage may vary. 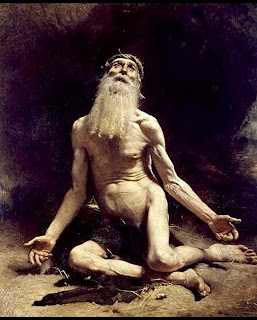