I always appreciate it when a television show with a serialized storyline opens with a refresher of salient moments from earlier shows. "Previously on Lost...."

Okay. Lost may not be the best example to use since it abandoned its own continuity with alarming frequency and the show's ending completely copped out on the serialized story. So let's say "Previously on Buffy the Vampire Slayer...." That's better.

Anyway, in 101 days I have read 10 books of the Bible in their entirety and, if you've been reading along, so have you. It might be useful at this point to review where we've been. 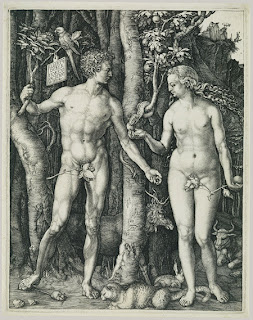 To begin at the beginning, in a mythic prehistory, YHWH, the God of Israel created everything. The first man and woman he put in a garden and everything was hunky-dory until the humans got willful and were kicked out of the garden. Life became more difficult.

In the second human generation, murder was invented. That didn't take long. A few more generations and violence, rapine, and deceit were everywhere. YHWH decided to wash it all away and start over with the family of the only righteous person left. Noah, his kin, and representative animals of every kind were saved from the world-wide deluge.

Once again it didn't take long for things to go south. When humans attempted to scale heaven, YHWH thwarted them by confusing their languages. National divisions were born. 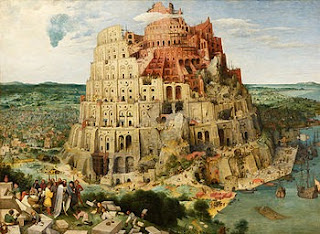 Now, in mythic history, YWHW chooses Abraham and his wife Sarah to be the progenitors of YHWH's special nation. Abraham and Sarah go to live as resident aliens in Canaan. YHWH promises that their descendants will one day own this land. After a long delay, and a couple of false starts, Abraham and Sarah have a son, Isaac. Isaac doesn't do much, but he does marry a woman named Rebekah. They have two sons, Esau and Jacob. It is through Jacob, the younger, that YHWH's covenants will be fulfilled. Jacob cheats his older brother repeatedly, is cheated by his uncle, acquires 2 wives and 2 concubines, has 12 sons, wrestles with YHWH, gets a new name: Israel. Israel's 12 boys become the ancestors of 12 tribes. One of the boys, Joseph, goes to Egypt and becomes a highly placed government official. He brings the rest of the family to Egypt with him. 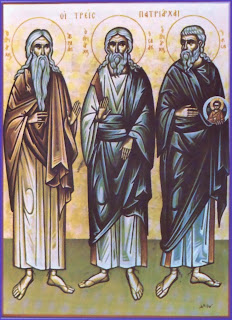 There were a couple of important family reconciliations in there that I've skimmed right past.

After a few more generations, the numerous offspring of Israel's sons have become slaves in Egypt. YHWH sends Moses, an Israelite who was raised as an Egyptian, to liberate the people. Amid signs and wonders, with a strong right arm and an outstretched hand, YHWH brings the slaves out of Egypt and institutes the festival of Passover. In the wilderness, YHWH gives the Israselites his laws. Lots of laws. YHWH also instructs them to build the tabernacle and the ark of the covenant. The Israelites are rebellious and YHWH decides that the first generation to leave Egypt will not be allowed to enter the land of Canaan. They travel for 40 years in the wilderness. 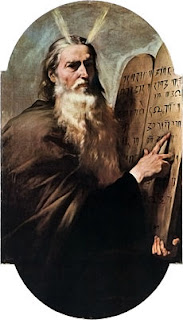 After Moses' death, Joshua leads the Israelites in their conquest of Canaan. Their conquest is only partial, however, as they fail to kill off all of the land's inhabitants.

At first the Israelites live in their new land as a loose confederation of tribes led, as necessary, by charismatic "judges." It starts out well enough with leaders like Ehud and Deborah, but after a while Israel is judged by people like Jephthah who, because of a rash vow, kills his own daughter, and Samson, who is, frankly, an over-sexed dope. By the end of the book of Judges, Israel has devolved into a state of civil war. The people are crying out for a king such as other nations have. 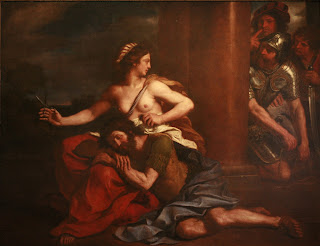 The story of Ruth, set in the time of the Judges, interrupts the main narrative with a romantic interlude.

Samuel, the last of the judges, anoints Israel's first two kings. Neither Samuel himself nor YHWH are truly in favor of the monarchical enterprise, but they give the people what they want.

The first king, Saul, is faithless and indecisive. YHWH abandons him. He ends his life as a battlefield suicide. He does not establish a dynasty.

The second king, David, is a handsome, gifted, warrior-leader and something of a ladies' man. He establishes his capital at Jerusalem and moves the ark of the covenant there,  making it Israel's center of political administration and worship. Overall David's reign is judged positively but it is not without its problems, palace intrigues, and family dysfunction. Notably, there is a certain matter involving adultery and murder. 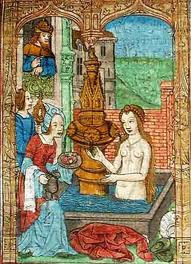 There is a pattern of cyclical entropy that runs through this narrative. It will continue through the two books of Kings. YHWH tries something, reaching out to his human creation. Things start out well but soon devolve into a chaotic state. So, YHWH tries again....