THE YEAR OF BLOGGING BIBLICALLY: DAY 115 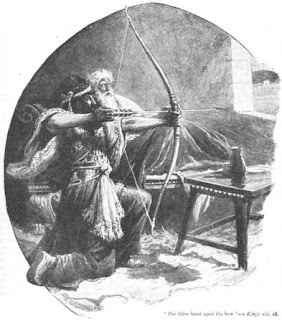 After the carnage of the previous chapters Israel and Judah both settle down to a period of relatively pure worship of YHWH. Of course, Israel still has those golden calves and worship centers at Bethel and Dan which the author(s) of Kings see as illegitimate. And there are high places here and there in both nations. But for the most part, worship has been brought under control.

As king of Judah, Jehoash commissions the priests to repair the temple in Jerusalem. The priests, apparently unwilling to spend money out of their own pockets on the project, procrastinate. Jehoash, with the priest Jehoaida, comes up with a new plan to fund the project. The priests are no longer in charge. The temple is revamped.

When Aramean king Hazael threatens the city of Jerusalem, Jehoash bribes him off with treasures taken from the temple. This has been done before (1 Kings 15:18). It will happen again (2 Kings 18:15).

Jehoash is murdered by his servants. Their motivation is not specified here but 2 Chronicles 24 says that it was because Jehoash killed the son of the priest Jehoiada. Jehoash's son Amaziah succeeds him. Amaziah will deal with the men who killed his father (2 Kings 14:5).

Chapter 13 takes us back to the northern kingdom where Jehu's son, Jehoahaz, succeeds his father. Jehoahaz persists in the "sins of Jeroboam" that is, the worship of the golden calves at Bethel and Dan, unauthorized festivals, and appointing priests from tribes other than Levi (1 Kings 12:26-32). YHWH is not happy. In a simple one-to-one correspondence, we are told that Hazael of Aram is therefore able to defeat Israel repeatedly. When Jehoahaz turns to YHWH, an unnamed "savior" rescues the nation. Nevertheless, Jehoahaz's reign is assessed negatively. That darn Asherah pole (a symbol of goddess worship) is left standing in Samaria.

Joash ascends to the throne when his father, Jehoahaz, dies. He's no good either.

When the prophet Elisha is sick on his deathbed, Joash visits him. Joash, echoing Elisha's own words at the ascension of his mentor Elijah, cries "The chariots of Israel and its horsemen!" Elisha has Joash shoot an arrow out the window and then strike a bundle of arrows against the ground. Joash hits the ground three times. Elisha says he should have hit the ground more. Now he will only have three victories over Aram.

Even in death, Elisha is a powerful man of God. His bones bring a dead man back to life. I wonder what the Moabite raiders thought of that.

True to Elisha's words, Joash defeats the Arameans three times and recovers some of Israel's cities.

Chapter 14 takes us back to Judah where Amaziah reigns. Amaziah is a good guy though he fails to remove the high places. He is Torah compliant. He kills his father's killers but spares their children (cf. Deuteronomy 24:16).

Why Amaziah seeks war with Joash of Israel is unclear. Maybe he was a vassal king and wanted to get out from under Joash's thumb. Joash tries to dissuade Amaziah with a dense little fable. Amaziah won't back off and suffers a devastating defeat. A portion of Jerusalem's city wall is destroyed.

Years later, Amaziah dies at the hands of conspirators.

Back up north in Israel, Jeroboam II, son of Joash, rises to the throne. He's no good either. Still, YHWH uses him to restore Israel's borders and defeat his enemies.

There is an intriguing mention of a prophet named Jonah, son of Ammitai, in connection with Jeroboam II (2 Kings 14:25). Occasionally I will hear the argument put forward that, because Jonah is a historical figure in this account, then the book that bears the name of Jonah must be a historical record. This doesn't follow, of course, as anyone who has seen the movie Abraham Lincoln, Vampire Hunter can attest. Historical figures can be incorporated into fictional stories. 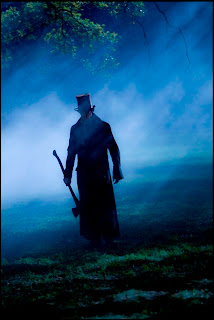